Tubes: A Journey To the Center of the Internet

William Gibson, first in his novel Burning Chrome and then later in the seminal Neuromancer, both coined and defined "cyberspace" as "a consensual hallucination experienced daily by billions of legitimate operators." His novels predate the universal adoption of  the World Wide Web as a communication matrix, and his psychedelic fantasy of cyberspace–a kind of semantic space navigated by users in virtual-reality, where information takes form as navigable structures–is not quite (yet) our web, but he was correct in his estimation of the network as a hallucination.

Most of us know, on some foggy level, that the internet is made of stuff. We're not sure what, exactly, but we imagine cables are involved, and distant buildings full of computers. The consensual hallucination of our time is our willful ignorance of these tangibles. We perceive and treat the Internet as though it were inchoate; the trend of the moment is precisely to imagine it as a cloud, which summons visions of tensile webs of information floating, ethereal, in the sky. Like a lot of things we can't see, we shelve it in the firmament and forget about it.

This is where journalist Andrew Blum comes in, with his excellent new book Tubes: A Journey to the Center of the Internet–to pull the cables down from the ceiling, if you will, and thrust them in our faces. Blum's opening gambit is a simple question: "When your Internet cable leaves your living room, where does it go?" To find the answer, he literally follows the cables out of the back of his router and across the world, to see a fiber-optic cable being dragged onto a Portuguese beach, to massively secretive Google data centers in the rural US, and to the major internet meeting-points of Europe.

He takes great pains to continually remind us why his journey is interesting, which I understand. Done any other way and his tireless visits to internet exchanges, router manufacturers, and nondescript industrial buildings worldwide might be the most boring travelogue in the history of the genre. The Internet, as it turns out, isn't spectacular, nor is it built for tourism; Blum, in traveling halfway across the planet to look at a blinking router in a closet in Frankfurt, is as disappointed at the Internet's lack of fanfare as you might imagine. But he still stares at the green lights, the yellow network cables, feels the drone of machinery around him, and he drums it in: these are tactile pieces of the thing! Pay attention!

This disconnect between the network on the ground and its imagined form is the emotional center of the book, the uncanny friction that propels Blum along the titular tubes. I commend him for making it personal: in a rental car parked outside a landing station in Porthcurno, England, a few hundred yards from a cable that runs under a cow-field before plunging across the Atlantic ocean all the way to America, Blum's quotidian experiences as a networked person–video chatting with the kids, updating an editor via email–seem particularly surreal, and it makes our cobbled-together cyber-culture particularly fascinating. 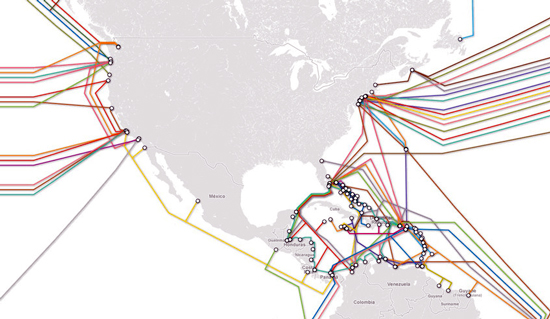 Tubes might have well been called "Everything You've Always Wanted to Know About the Internet But Were Afraid to Ask." What boggled me while reading Tubes was the shocking, almost rudimentary simplicity of the Internet. It's cables. Cables strung, overland and undersea, all around the world, literally–or as network engineers say, logically–connecting our devices to one another. You call up a web page hosted in Singapore, and the bits, in the form of inconceivably fast beams of light, travel on fiber-optic rails all the way from South-East Asia to your actual computer. Which: OK, sure, of course. But also, did you actually know that?

Unless one of the waypoints in that journey is dependent on satellite Internet, those bits never leave the surface of the planet; which is to say, contrary to popular abstraction, no clouds are involved in The Cloud. And yet the movement towards thinking about the Internet in such abstract terms shows no signs of slowing. As another one of our great science fiction prophets already warned us, sufficiently advanced technology is indistinguishable from magic.

Blum cites the near-universal ignorance of the Internet's inner workings as something definitive about this moment in technological history, and it certainly serves as Tubes' human interest angle. But, of course, alienation from the whole is a byproduct of technological innovation that has been with us since the industrial revolution. Most people didn't know how their telegrams, radios, or pocket-watches worked, either; even if they did, those individual technologies were only pieces of a greater, ever-shifting mass of unimaginable truths. Although we gratefully interface with those parts of our technology that cater to our monkey hands, what is contained inside the plastic and metal boxes that dot our world is largely beyond us. In the case of the Internet, we take for granted that someone knows how it works–which I learned from Tubes is a surprisingly small group of people, incidentally–and we throw ourselves, emotional, into the resulting technium. 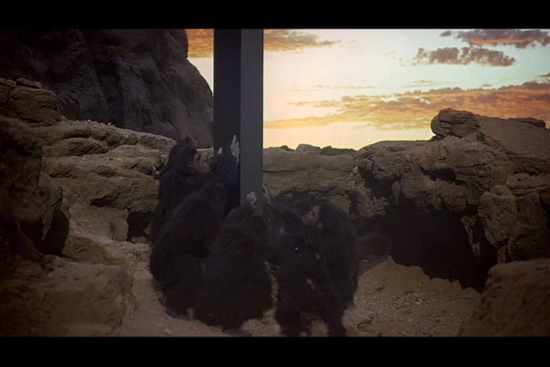 Technology, in short, is a mindfuck.

And beyond being a mindfuck, the essence of technology is precisely its transparency. Great tools melt into the background. They always have. It's a question of design, of course; the more accurately the need is met, the more efficiently the tool parlays human strength into machine strength, the more it becomes an extension of its user. This is true for both the rudimentary and complex. A pen is practically invisible–just what you reach for, unthinkingly, to make a note. The internet is invisible in the same way, and not because of pandemic human ignorance. Because it's a tool, and in being the most efficient one the race has ever cooked up, is also the most sublime.

Andrew Blum's book should be required reading, if only because it brings a basic pragmatism to our conversation about the Internet–a conversation couched in weird fuzzy rhetoric that can be partially attributed to a lack of network literacy.The media theorist Douglas Rushkoff famously urged netizens to "program or be programmed." But here the issue is beyond just programming; even grasping the reins of software, we can't control the horse. The horse exists, as an infrastructure with a bucking life of its own, secret and public, broken to serve its users, subservient to its whisperers, and forever strangely wild.

To Visit the Internet You Must First Leave the Internet, an interview with Andrew Blum on Motherboard

There and Back Again: A Packet's Tale, courtesy of the World Science Festival

FYI, that book and conversations with Blum and others inspired me to make a little explainer video about the physical path of a data packet whenever you do something as simple as load a single web page: http://boingboing.net/2012/06/06/fing-internet-how-does-it.html

"Technology, in short, is a mindfuck." . Exactly.