"Give me a man who says this one thing I do, and not those fifty things I dabble in." -Dwight L. Moody

While star clusters may dabble in a number of physically interesting things, there's one thing that they do above all others, and that is shine. For today's Messier Monday, where we spotlight one of the 110 deep-sky wonders of the Messier catalogue, let's take a look at one of the brilliant open clusters of stars that's recently formed in our neighborhood of the galaxy and that will appear all winter long: Messier 50. 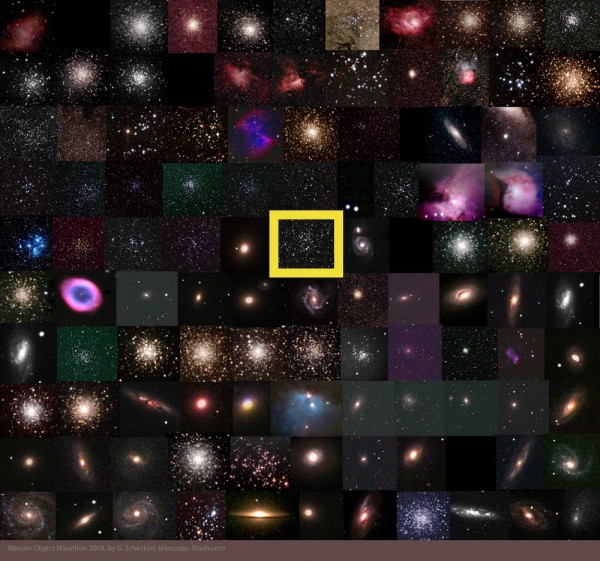 The fiftieth object in Messier's catalogue, this star cluster rises just a little bit after the great winter constellation Orion, and can be seen from most locations on Earth over the coming months. Here's how you can find this object for yourself on a clear night. 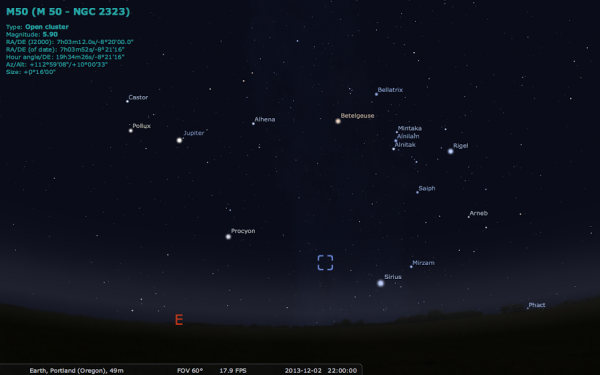 As easy as it is to identify Orion after sunset, rising over the eastern horizon, people often forget about two of the night sky's most spectacular stars that come up just afterwards: Sirius, the brightest star in the entire night sky that dominates the constellation of Canis Major (the big dog), and Procyon, the eighth-brightest star overall and the brightest in Canis Minor (the little dog). If you draw an imaginary line connecting these two brilliant lights, you're well on your way to finding Messier 50. 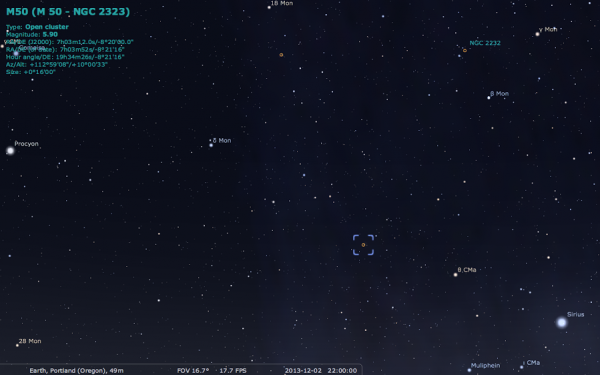 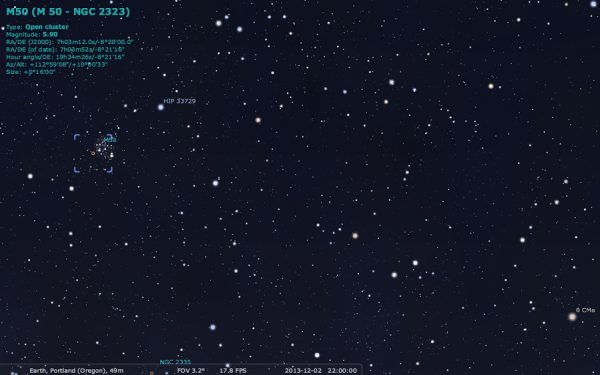 While none of the individual stars in M50 are visible to the naked eye, the entire cluster as a whole can be seen with averted vision under very dark skies, and may have been found as early as 1711 by Cassini (the person, not the spacecraft)! Messier himself (re?)discovered this object in 1772, declaring it to be a:

Cluster of small stars, more or less brilliant, above the right loins of the Unicorn, above the star Theta of the ear of Canis Major, & near a star of 7th magnitude. It was while observing the Comet of 1772 that M. Messier observed this cluster. He has reported it on the chart of that comet, on which its trace has been drawn.

Here's what it looks like in modern equipment comparable to Messier's. 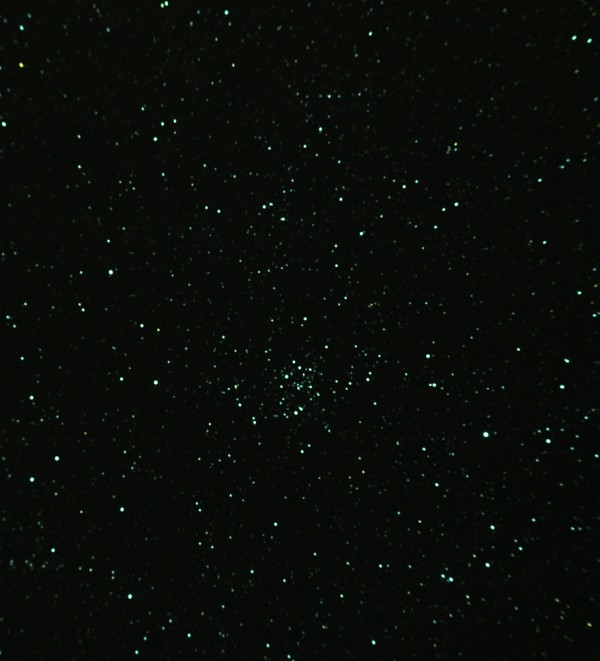 It's easy to see how a cluster like this could evade detection for so long, even if it's technically visible to the naked eye. After all, it's silhouetted against a dense backdrop of stars with approximately equal brightness: that's the plane of our galaxy, where most star clusters are found!

But through even modestly improved equipment, you can see a whole lot more. 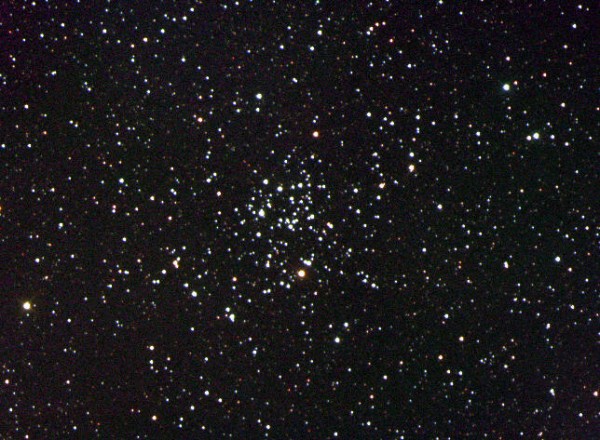 What appeared to be a loose collection of dim stars actually turns out to be a huge number of bright, young blue stars packed together into a very small region on the sky, highlighted by the occasional red giant star.

In reality, this cluster is somewhere around 3,200 light-years away, placing it among the more distant of the open clusters in Messier's catalogue. For something so far away to still be visible to the naked eye, you might think that means something interesting about this object. Well, you'd be right! 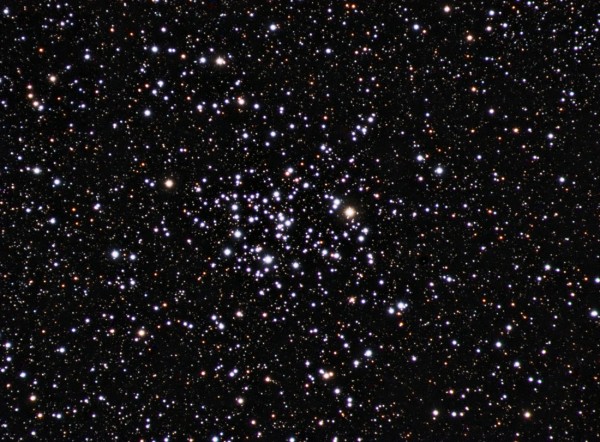 This is a very young star cluster, with an estimated age of just 78 million years, making it even younger than the Pleiades. Young clusters mean they're filled with the youngest, hottest and bluest stars, which are also the ones that shine most brightly, explaining why a mere collection of stars that's so distant can be seen by even the naked eye!

And even though the cluster itself takes up about a third-of-a-degree on the sky, it's really the inner center of the cluster -- spanning a mere 10 light-years in diameter -- that shines the brightest. 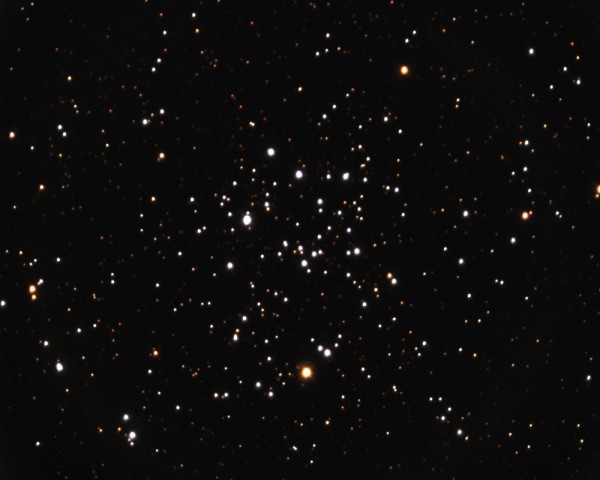 Literally hundreds of individual stars become visible with long-exposure techniques, revealing not only bright blue stars and red giants, but also dimmer, yellower-and-redder stars that ought to far outnumber their brighter counterparts. It wouldn't be a stretch to imagine nearly a thousand stars total in this cluster! 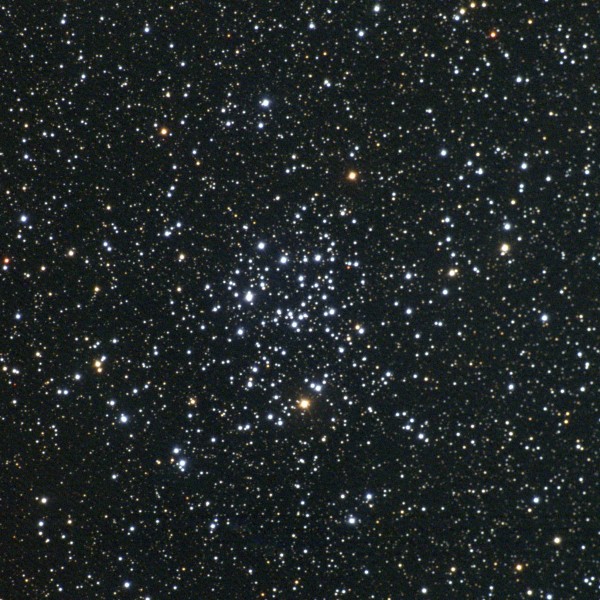 For a different view, we can always look to the infrared, and see what wonders show up in a new wavelength. Typically, redder stars will shine more brightly, while bright blue stars will appear less influential, and oftentimes "hidden" red stars will show themselves! 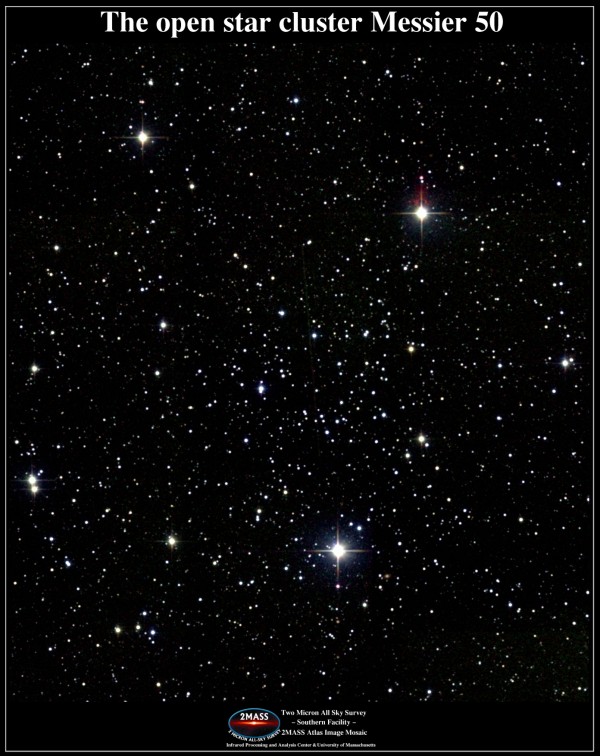 The red giants pop out very clearly, but the sheer number of faint, dim stars that show themselves in the infrared are what really stand out for me.

I love showing you what goes on inside the more hi-resolution photos, so enjoy this dive inside the NOAO photo with me, the most "professional" astrophoto I could find of this object; you won't wonder about my estimate of 1000 stars after you look at this!

But there is one more thing you might be legitimately wondering: if this star cluster is so young, is there any dust left? The youngest clusters -- typically of under 100 million years -- oftentimes have surrounding dust that light can reflect off of, ionize, or otherwise interact with.

Well, none of the images so far have really said very much one way or the other, but I've saved the most visually stunning one for last, courtesy of the Canada-France-Hawaii telescope! 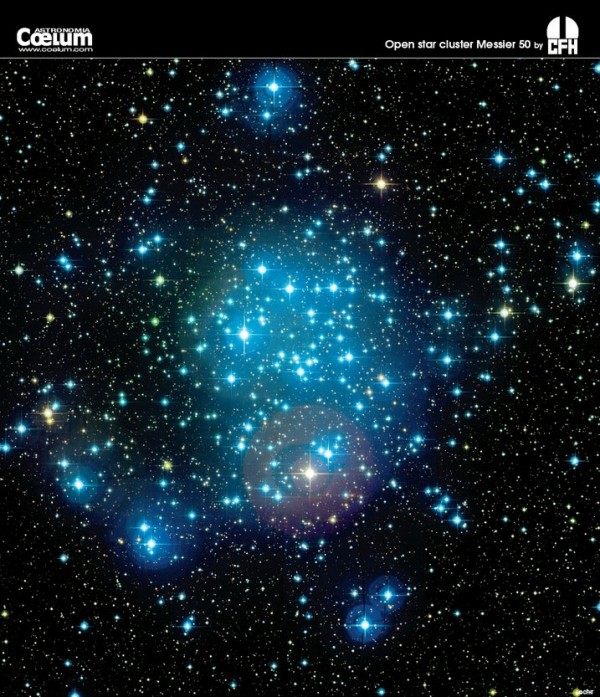 The answer, sadly, is no; there is no more nascent gas from the molecular cloud that gave birth to this star cluster. Instead, the cluster is dominated by the short-lived, bright blue stars that rush towards their red giant phase and an early grave, which will leave behind the longer-lived, sun-like stars that will eventually disperse throughout the galaxy, perhaps even giving rise to life and future civilizations like ours!

Every star cluster -- every stellar nursery -- is another chance the Universe gives us at a world like us, and I think of this every time I look at a star cluster in the night sky! That wraps up another Messier Monday, and including today, we've looked at the following objects:

Come back next week, where another deep-sky wonder of the night awaits you, only here, only on Messier Monday!

The forecast here was thirty four degrees celsius* for the third day of summer (defined here as months of December, January &, February) Oh yeah, you funny upside down people in the northern hemisphere are all reversed seasons~wise! ;-)

Being between Sirius and Procyon in a line makes it easy to find. handy location here. Great astrophotos too as always. Cheers Ethan Siegel - much appreciated.

and minimum overnight was 15 Celsius or 59 F.

Here we'll be lucky to get above 15 Fahrenheit for the next couple of days. I'm not going to be checking out M50 anytime soon. At least I got to see comets ISON and Lovejoy on the same "balmy", clear 20 F morning in November. As I explained to a friend -- next to Arctic skin diving, amateur astronomy is probably the coldest hobby one can pursue.